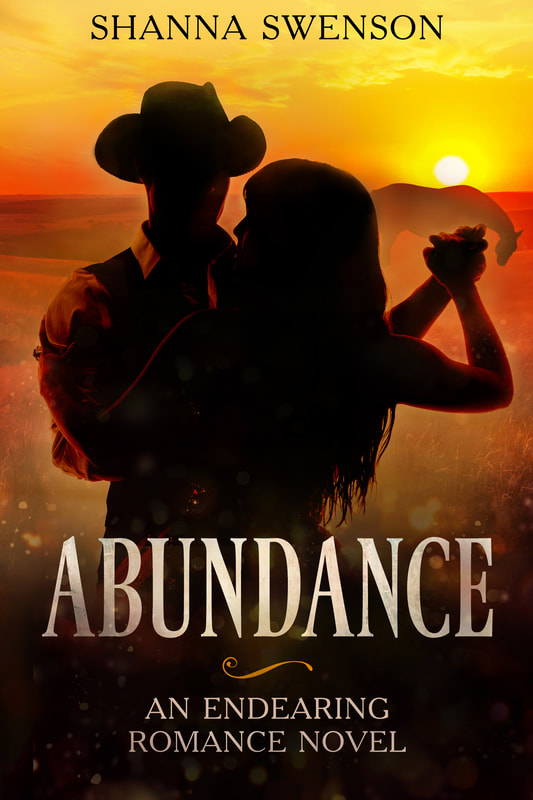 Abundance: An endearing romance novel
Book 1 in The Abundance Series

Misfortune comes to us all in some form...

For Natalie Cameron, misfortune came in the most unspeakable way imaginable, now she must try and rebuild her life while fighting her own dark demons, the town speculation, her arrogant brother and her raging desire for the kindest man she's ever met.

Natalie Cameron, along with her young daughter, Dallas, is on the run from a past that threatens to destroy her sanity. When her car breaks down on the side of a two-lane Texas road, Jack Kinsen, her parent's ranch foreman, unknowingly comes to her rescue. His kind eyes and sincere charm make him an easy target for Natalie's trust issues and pent-up aggressions. But it doesn't take her long to realize that her attitude towards him has a lot less to do with jealousy and a lot more to do with the fact that his closeness sets her on fire like no one else ever has. His sincerity begins to disarm the front she guards so vigilantly. If she isn't careful, she could find herself lost to him....

At first glance, Jack Kinsen is fascinated by Natalie Butler Cameron and her child with her most curious gift. Natalie is the beloved only daughter of Jack's employers, and he's not only baffled by her indifference to him, but mystified by her unwarranted anger. She starts to awaken something primal within him, but will his compassionate nature be enough to break down the walls she hides behind or are her wounds simply too deep to heal?

Just as Natalie's fate begins to turn around, unknowing danger lurks on the horizon. Natalie's disturbing past is about to make an unexpected return...and with vengeance.

Abundance is a charming novel that will sweep you away with romance, drama and suspense as it expresses the depth of raw human emotion and the strength it takes to overcome tragedy.
GET A FREE SAMPLE WITH A NEWSLETTER SIGNUP
**Abundance is an award winning finalist in the Fiction: Romance category of the 2020 International Book Awards**

AVAILABLE on Kindle & Kindle Unlimited and in paperback on Amazon
​
​And in paperback formats only on Barnes and Noble.com and The Book Patch
​
Click on the corresponding Buy Now Link below to purchase your copy today! 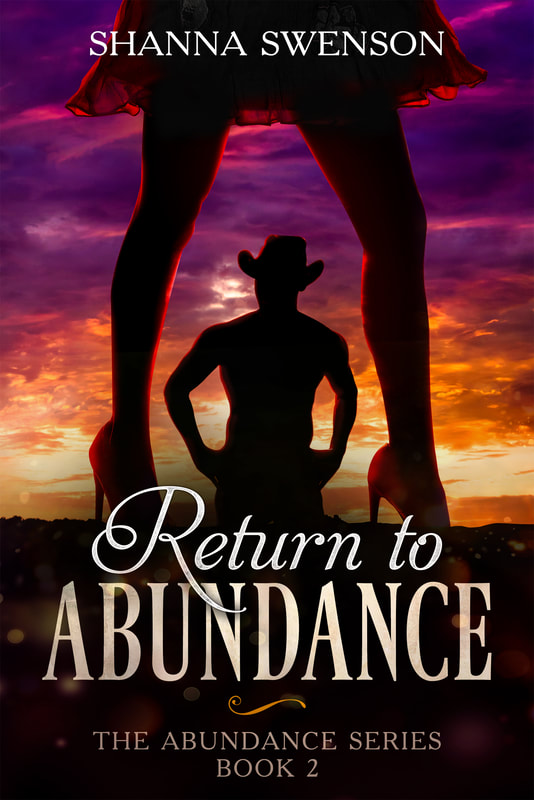 ​Return to Abundance
Book 2 in The Abundance Series

​For some, tragedy can be their downfall...

For Nathan Butler, committing the ultimate sin became his!
Living a life of solitude and regret changed him into someone darker, more callous.
Beneath his tough exterior, Nathan Butler has become a throbbing wound of raw anger, fighting with the aftermath of what he did to protect his family. Just when he’s convinced that he can never feel normal human emotions again, sensations start to stir within him at the sight of Jordan Tate, his sister’s best friend, and he’s not so sure he’s ready to feel them…

Jordan Tate is all too familiar with tragedy...
She’s on a mission to save Nathan Butler, her best friend’s brother, from his own condemnation. When he places a help wanted ad in the paper, she makes him an offer that’s simply too good to refuse, despite both his and her own misgivings. In doing so, she’s forced to deal with the fury that seems to be both bone-deep yet always lying just beneath the surface of his skin as well as his condescending tone and infuriating sarcasm. As if that weren’t enough, a slow, burning desire starts to smolder inside her just waiting to be unleashed…

Jordan has always considered herself a strong-willed woman with a spine of steel, but she starts to see soon enough that she may have finally met her match!

Can these two stubborn star-crossed souls overcome their despicable pasts, face their uncertain futures… and fall hopelessly in love? Or are some hurdles just too strenuous to surmount?

Let this heart-warming tale make you laugh, cry and swoon as we return to Texas and catch up with the gang in Abundance.
**Return to Abundance is an award winning finalist in the Fiction: Romance category of the 2020 International Book Awards** 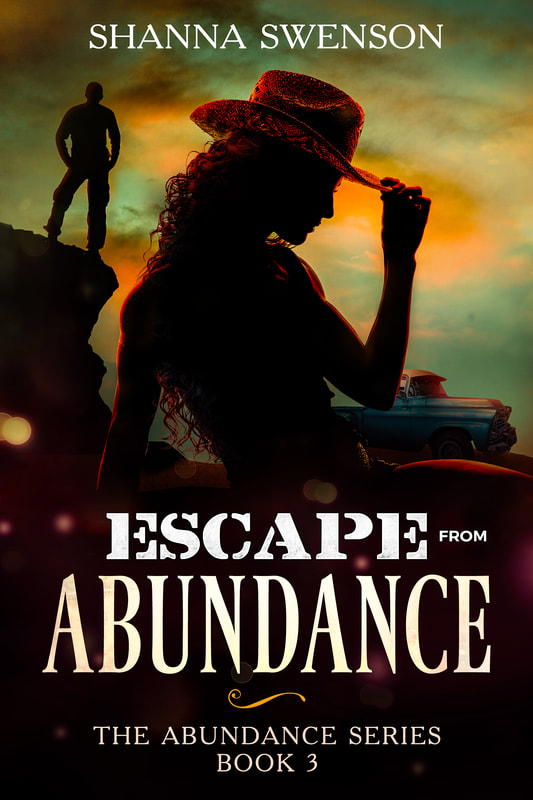 Cole Callahan has been in trouble- or better yet- running from trouble his entire life, so it’s no surprise that when his best friend, Adam, is murdered in cold blood, he’s once again running… Only this time, he’s running from the law, and he’s a suspect!

When his get-away ride breaks down in the small Texas town of Abundance, Cole decides to take an impromptu job at Kinsen ranch. He’s thinking he’ll blend in and hide out for a while before heading out of the country. He’s soon astounded by the intense love this amazing family has for one another; a love he’s never experienced before, and Dallas Kinsen starts to become the woman he simply doesn’t want to live without…

Little Dallie is all grown up. She’s eighteen years old now and spending her last summer at home on her family’s horse ranch before heading off to college. The thought of leaving home and going out to make her mark on the world is becoming an overpowering concern for her as she tries to mentally prepare herself to leave the nest. She’s not sure she’s ready for college life and a premature homesickness starts to tear at her fragile heart. She’s also not eager about leaving behind the new ranch hand her father has hired on… Cole is charming, good-looking and has a profound wanderlust unlike any Dallie’s seen before, but how will she take the deep, dark secret he’s been hiding when it comes bursting out from the seams?

Cole is on the run for his freedom! Can Dallie be his saving grace or will she just become yet another let down in his second-rate life?

Let their love story carry you away as they escape from Abundance…
​AVAILABLE ON KINDLE, KINDLE UNLIMITED
​AND IN PAPERBACK
BUY NOW ON KINDLE
BUY NOW IN PAPERBACK 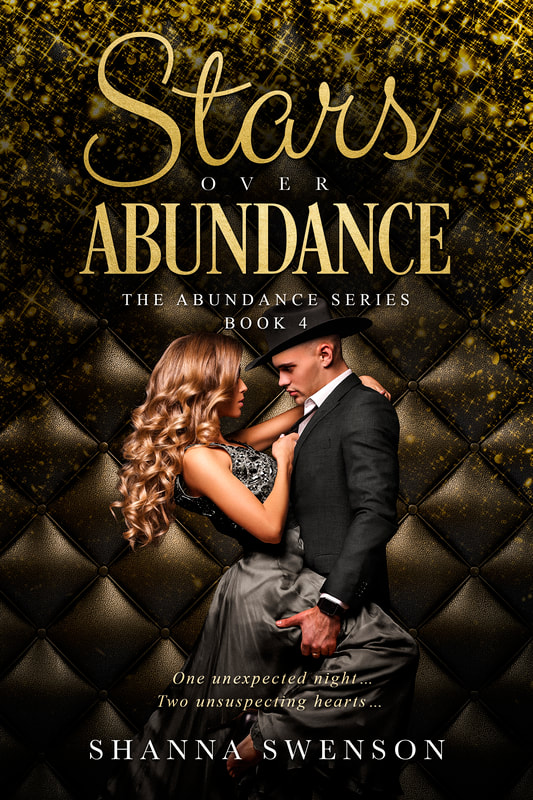 Stars over Abundance
Book 4 in the Abundance series

Vivian Alexander- Hollywood’s Oscar-winning actress extraordinaire was “coerced” into coming to the Helping Heroes Ball by her manager, to make an appearance and save face after the interview that embarrassed her far more than she cares to admit. After all, she’s good at hiding her true feelings behind the radiant smile that’s made her famous. Well, she came, she saw, she made her appearance. Now it’s time for a quick and inconspicuous exit…until she sees a familiar face she never imagined she would.

Buck Jenkins- Retired football player/gridiron legend/playboy comes to the ball; for it’s a good cause, and being as he’s not too far from Dallas and all he really can’t pass up the opportunity— not when he’s been MIA from the limelight as long as he has now. It’s a good excuse to get out of town anyway, for a much-needed break from the grievous chaos ensuing his life at the moment. But he didn’t see the bombshell blonde starlet coming until she was directly in front of him. Now, his night just made a surprising turn for the best.

Their paths inescapably intertwine and neither will come out unscathed.

Book 4 in the Abundance series follows the story of a one-night stand that becomes so much more for two broken-hearted lovers. Get swept up and head back to Abundance, Texas once more as Buck and Vivian take your soul on a journey through heartbreak, tragedy, new beginnings, and perseverance. You’ll be laughing, crying, and swooning for these two “stars” in Stars over Abundance. 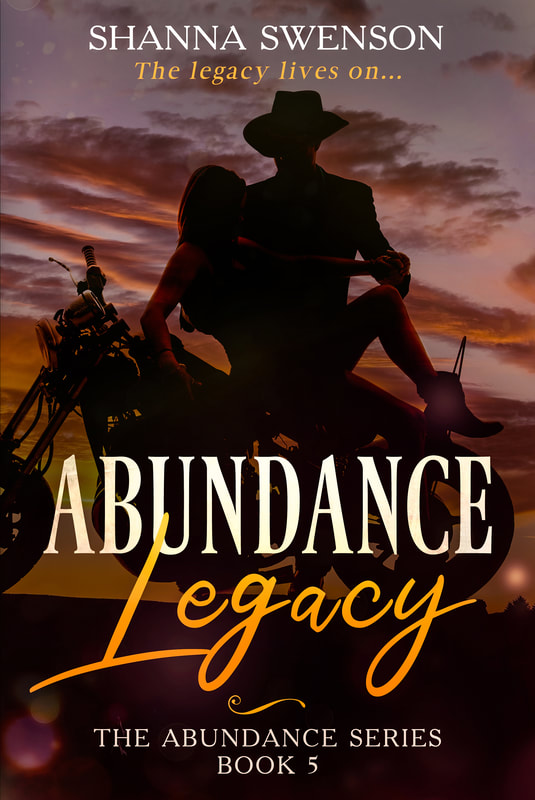 Legacy binds a family together… but the Kinsen/Butler legacy is in peril.

Kinsen Ranch and Starlight Valley have seen many years pass. There’s been love and laughter, tears and triumphs, successes and failures…

Four relatives are in line to inherit the horse ranches that’ve made their families famous:
Dallas is thriving as a veterinarian alongside her father, Jackson has come of age as heir to the dynasty, Savannah is a valuable asset at NASA, and Morgan owns his own construction company.

Savannah Kinsen has just been dumped by her fiancé of three years, and kicked out of her Houston apartment. It’s back home to Abundance for her, tail set firmly between her legs. As an astrophysicist, she’s been thrown completely out of orbit and her day only gets worse when she meets a hot-headed–albeit drop-dead gorgeous–cowboy who wants to steal an antique rocking horse out from under her in a toy store. Hell hath no fury, and Savannah’s a woman now fully scorned as she unleashes on him.

But she’s in for a big surprise come evening when where else does she end up meeting that same cowboy but the notorious Rusty Spur? Fate is funny like that and this Austin character seems far too swoony to be true. Savannah only thought she’d been thrown for a loop, for the chaos theory has nothing on this night, and the axis that her life was on has shifted–Ready or not!

Morgan Butler is the one and only son of Nate Butler. He’s an upstanding citizen of Abundance, holds a seat on the town council, and he’s a successful entrepreneur. The only thing missing in his life is a woman, and he’s only ever loved one–Kelsey Boyd. But the scars of their past have never healed and possibly never will. He’s tired of living without his true love and just when he decides he’s not going to ever again, a dangerous man storms in and threatens everything. His name is Max McClintock and he’s made a target of the Butlers and Kinsens...and their land.

Jax Kinsen’s life is exactly how he expected it would be. He’s got two loving parents, two amazing sisters, a ranch that’s on the map, and the girl of his dreams…or does he? When Cassidy Boyd gets an acceptance letter to Emory University, Jackson can’t see past his hurt and pain long enough to be proud of the free spirit dwelling inside her. She’s always longed to get out of Abundance, which is a direct contrast from what he wants. His heartbreak is all-consuming, until the shining Stella Jenkins shows up one day needing lessons and has him reeling. Can Stella heal all that ails him or will Cassidy have a change of heart?
​
Savannah, Jax, and Morgan all have a lot at stake. Their legacy is in jeopardy. All they’ve inherited stands to fall. Can this family battle darkness–once more–and come out intact? 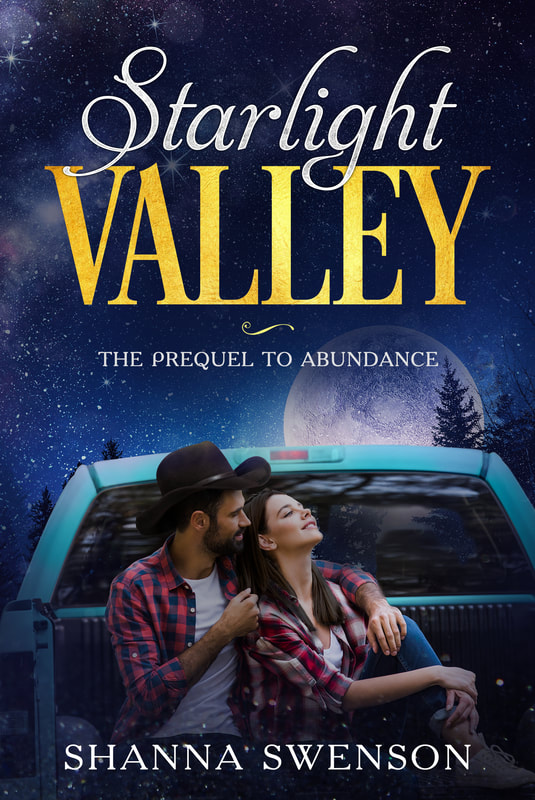 Decades ago, David and Corrine were merely teenagers and trying to find themselves among their peers, desires and demanding families.

Corrine Abernathy- After literally running into bad boy bull-rider David Butler in the school hallway, she’s both mortified and shaken beyond imagination with his devilish good looks and suave demeanor. He represents all the things in her life that she’s pushed aside for a chance at popularity. But his no-nonsense attitude has her reeling, and she can’t deny how her heart -and body- begin to respond to him and his drive to extricate her inner pioneer spirit.

David Butler is the son of one of Abundance’s oldest and proudest families and his laconic cowboy lifestyle threatens their social status. It’s his dream to own his own ranch and when he starts to fall for Corrine Abernathy, all the cards are on the table. He’s soon faced with the demand to choose between what his father wants and the passion she brings into his life. And he doesn’t want any of it without her!

Can their young love withstand all the obstacles continually increasing before them?

Find out when we journey back in time to Starlight Valley and see where it all began.